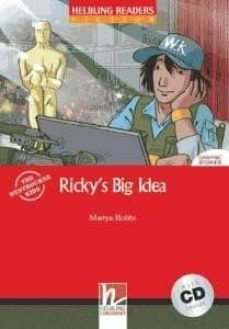 Ricky has a big idea: he wants to make his own reality TV programme. He buys a series of small video cameras and he secretly films his family and friends. But, when he looks at the footage it is all very boring. So Ricky decides to make his video more interesting. Soon strange things are happening both at Rickys home and school. But Rickys friends arent very happy.

Can Ricky be a good friend and become a filmmaker, too?